It's been almost a month since this handsome gentleman showed up on our porch.  That story is here .

His name is Mr. Atticus Darcy - but of course we call him Atticus.

Or Buddy.  Who knows why we do that!

He's gained 8 pounds even though he runs around playing fetch like his very life depends on it!

Did I ever mention the vet thinks he 5-6 months old?

It's hard to imagine anyone dumping this sweetheart of a dog.  Like one of my friends said, "They're missing out".

Happy Father's Day to my husband who so greatly loves his children and grandchildren.
He would do almost anything for them and prays for them daily. 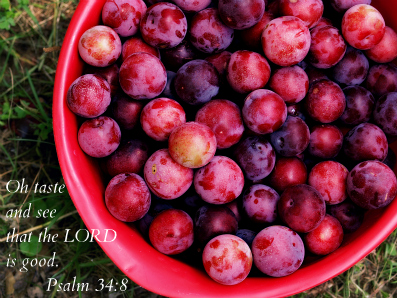 Well, it's taken me long enough, but here are a few shots from Mother's Day 2012.  We had a great dinner here at the Cozy Little Cabin.  We also celebrated Amanda's birthday which was earlier in the week.  She was born on Mother's Day and it has become a tradition for us to eat Rib Eye steaks!  So that's what we had this year: Grilled Rib-eyes, shrimp, baked potato, carrot raisin salad and Lemon Tarts.  But alas, I don't recall us singing Happy Birthday to Amanda . . . but we DID sing it on Thursday when we went out to eat! 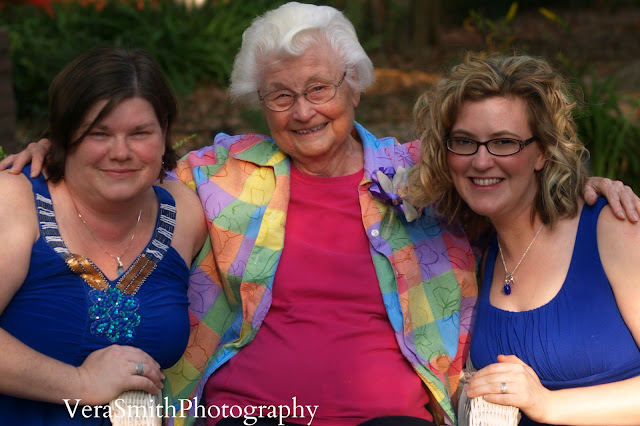 Labels: Holidays: Mother's Day
Well, it looks as if the dog may be staying with us!  Yay!  At least that's what WE say.  The cat, on the other hand, is quite displeased.

Now realize, since we haven't yet taken him to the vet for a checkup, the dog hasn't come into the house.  Still, the cat is annoyed he is out on the porch.  So annoyed she hopped up on top of the refrigerator.  The only other time she's done that is when we've had a house filled with people! 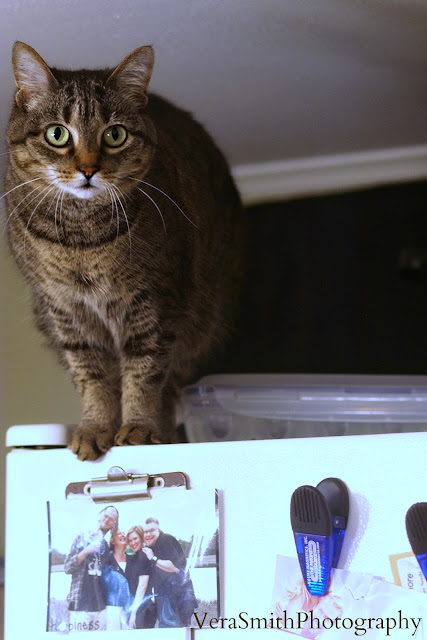 Anyway - we've been trying to decide what to call the dog.  Buster was our first thought, then Atticus (from To Kill a Mockingbird), then Mr. Darcy.

Hubby thought to put them all together and call him B.A.D - but that idea didn't last long.  We held a contest on Facebook and Atticus was the clear winner.  But we did as one friend suggested and called him, to see what he would respond to.

And that, my dear friends, was Mr. Darcy!  The only name he came running to!  So we have a very redneck looking dog who thinks he is a British Gentleman!

And no, we didn't tell him Mr. Darcy's first name is Fitzwilliam!

Another Dog for Us? 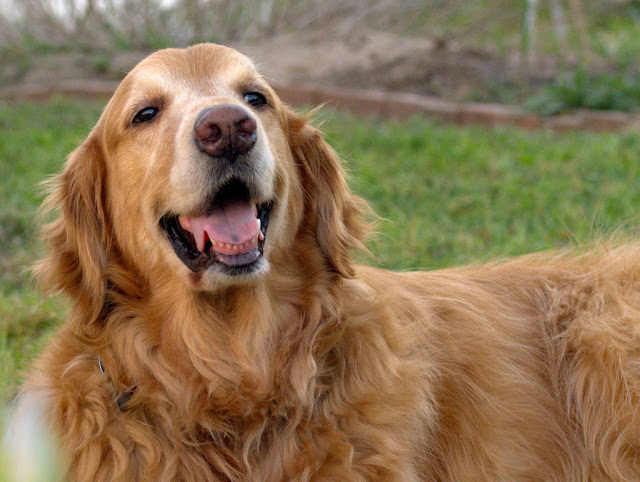 In October our Golden Retriever, Shiloh, died.  I don't know if I ever wrote about it but will need to because his burial was quite memorable.

He was a big, old goofy dog who dearly loved children.  We rescued him from a family who could no longer take care of him and we gave him a good home. . . . but in his heart of hearts he was a family dog who needed a bigger family, one with kids!

He was so very, very good-natured and would let toddlers and children pull on him and fall on him and he loved every minute of it.  I NEVER saw him bare his teeth or heard him growl.  Because he was so good-natured, he made a lousy watchdog.  One time the FedEx man  opened the screen-door, came inside and set the heavy packages in the living room and Shiloh didn't even lift his head!  A LOUSY watchdog indeed!

In the last 7 months we've never discussed getting another dog.  No, not even one time. 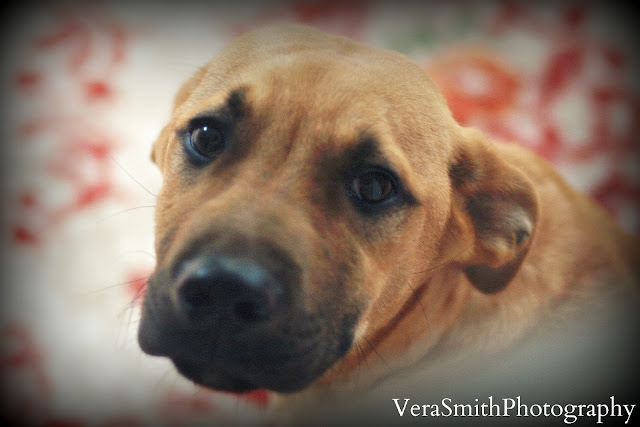 This morning this face was waiting for me on the porch.

A stray.  Right here.  On my porch.  We've had lots of strays show up at this place since we moved  here almost 2 1/2 years ago.   We live in an isolated rural area, and it's a regular thing for people (bad people) to dump dogs near us.

And as I've written before, I sure do wish there was at least one day a year where the DOGS drove the trucks and they got to dump people out in the road.  No explanation.  No food.  No nothing . . . . just dump the people in the middle of nowhere! 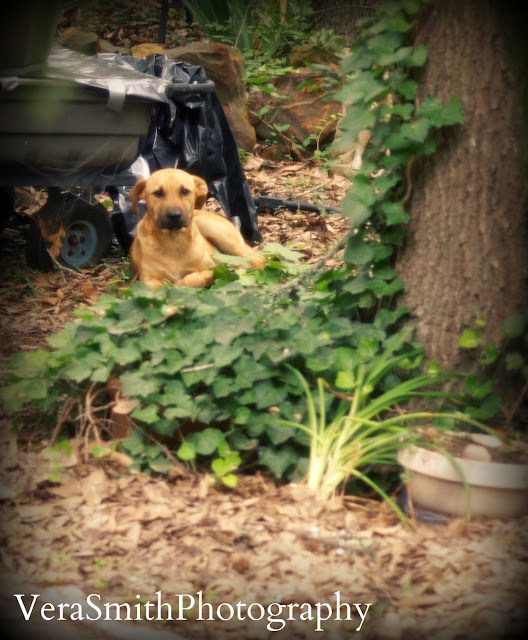 Anyway - please don't get mad at me - but since we are regular victims of other folks' bad behavior - we chase away strays dogs as we CANNOT keep all that show up.  So we throw firecrackers toward them (not on them) to chase them away.  We don't shoot them with BB guns. . . .
we just set off some firecrackers.
And they run away.  Every time. 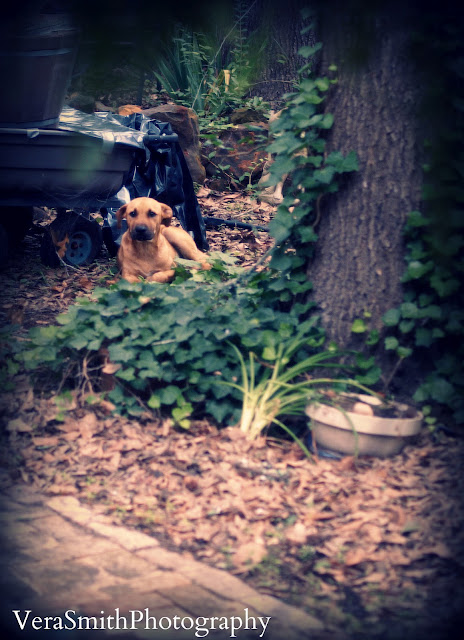 But not this time. . . . he's still here.  He wags his tail when he sees me.  He made himself comfortable at the work site in the yard and he hasn't done any digging.  He does, however, jump on me when I go out.  I guess it would too much to expect a stray to show up with good manners!


However, he did run off with one of my Sloggers, but when I yelled at him he dropped it.  That's good, right?


And get this - he even made it up the STEEP backdoor steps when he heard me in the kitchen.  And brought an old yellow and green dog toy with him!  Doesn't it sound like something from a movie?


Best of all, he BARKED at my husband when he came home for lunch!  Yay!  He wasn't at all aggressive - just loud.  Just the way I like it!  I don't want an attack dog - just one that will let me know when there's someone here. 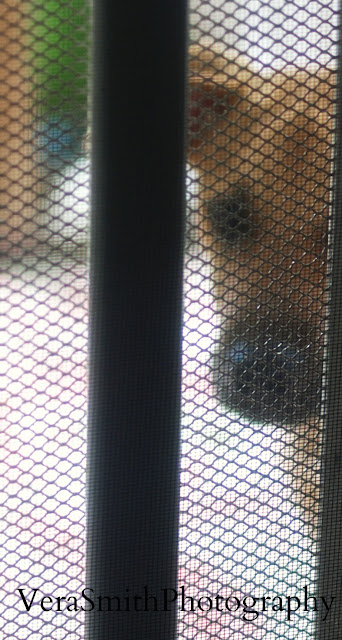 So, I've taken photos of him.
I've now blogged about him.
And hubby and I call him Buster.

What are the odds we've got ourselves another dog?????

Diamonds Are A Girl's Best Friends

While it's true I enjoy costume jewelry, I am not a big fan of fine jewelry.  Diamonds are not my favorite, although I am fond of emeralds and really do like turquoise.  The jewelry my children give and make for me are the ones I wear...not the few fancy pieces I do own.

There have been years where my husband has given me a truckload of compost.  Or manure.  Or gravel.
This year I got gravel and sand.

You must realize I'm a HUGE fan of gravel paths and wrote about them 2 years ago when my husband put down a path in the side yard.  So many of ancient gardens have gravel paths. . . they last almost forever.

What do they say about diamonds?  Oh yeah - they're a girl's best friend.  And a diamond is forever.

Well let me tell you -this year my honey gave me the kind of diamonds this girl likes!  This path is perfect!  Just perfect! 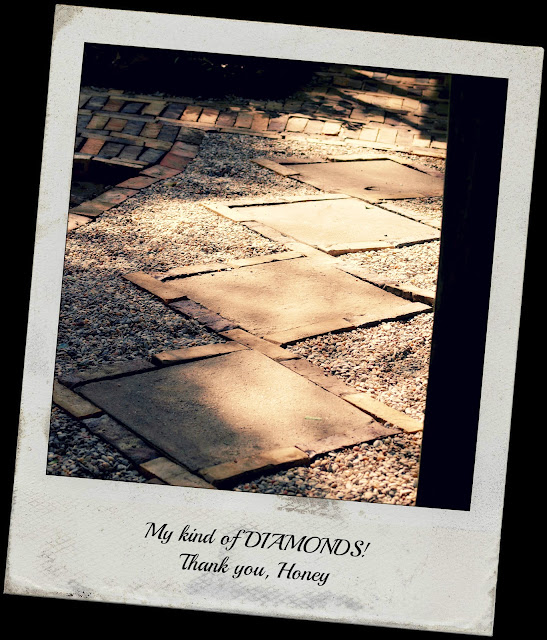 Gravel + sand + manual labor = the perfect gift for me!

Vera @ Cozy Little Cabin
This is the story about an almost-60 year old couple's adventures about discovering, designing, decorating and DOWNSIZING our new-found dream cabin!

This is a Flickr badge showing items in a set called Cozy Little Cabin. Make your own badge here.
www.flickr.com